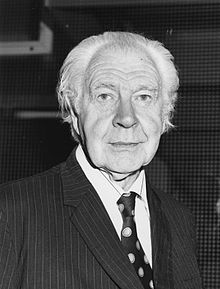 The subject area of economics has been defined by the Brittish economist Lionel Robbins in 1932, in an essay on the nature of economics1. He wrote “The ends are various. The time and the means for achieving these ends are limited and capable of alternative application.” In, for example, the EdExcel Economics A level specification, this has been specified as (1.1.3.a) “The problem of scarcity – where there are unlimited wants and finite resources.”

Robbins did not use the word ‘wants’, but ‘ends’ in his essay, but more importantly, he nowhere states ends are unlimited. Ends are various, and because means are limited, and can be alternatively allocated, we have scarcity, and the subject area of economics. Since Robbins nowhere in his essay says ends are unlimited, I wonder how the word crept in the definition used in specifications. Did someone think it obvious because each day from the moment we get up, we have needs and wants – breakfast, toothpaste, maybe a new toothbrush, a bus ticket – that constantly return until the day we die? Alternatively, did it slip in because someone had a pessimistic view on people that they always wanted what they could not have? And did this apply to this person himself too?

I would suggest to please rephrase the problem of scarcity – “where there are various wants and finite resources”. Why would we condition ourselves to have unlimited wants by repeating it to ourselves over and over again?

1 An Essay on the Nature and Significance of Economic Science, Lionel Robbins, 1932, with an update in 1935.