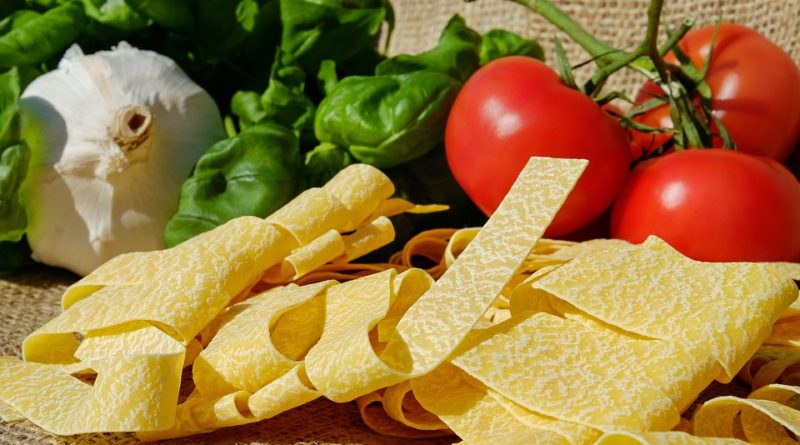 In my textbook, food is used as an example of a product group with a low income elasticity, even zero. This makes sense to me, since you would not expect people to need more food when their income rises, since they cannot eat more than they already do. An exception to this are people with low income who are dependent on things like free school meals and the food-bank.  What the figure does not show, is that the percentage of income spend on food tends to go down if income rises, with the 20% of households in the lowest income group spending 14.3% of their income on food, where on average households in the UK spend 10.5% on food1. The amount spend on food does go up, however, with more money spend on food of a better quality, or luxury foods.

Food products that show a fall in demand when income goes up, are referred to as inferior goods. The example of an inferior good given in my textbook is bread, and in Dutch textbooks you’ll often find potatoes as an example of inferior goods. I would not label bread, and potatoes as inferior. I am sure there are lower quality breads with low nutritional value, but to label bread as a food group as inferior you do no justice to bakers who make a good quality bread. I would like to suggest to use the word ‘inferior’ only for food low in nutritional value, and leave bread and potatoes out of it. Instead we good use recessive to indicate goods that show a fall in demand when income goes up – recessive goods.2

Normal goods would be a better word for food products like bread and potatoes, but this is already coined for goods that show a rise in demand when income rises. Every good with a positive income elasticity is thus a normal good. I would think that demand for normal goods – goods you normally would be able to buy – would not rise when income rises. Why would I buy more of a good I already can buy enough of as it is? I may buy less of normal goods, allowing myself more luxuries in exchange. But income elasticity does not seem to distinguish between normal, basic, goods, and luxuries.3

Like price elasticity differs in every segment of the demand curve, you could argue that income elasticity likewise depends on income segments, or groups. Say, we define an income group that consists of households that can buy all food items that are considered normal in a society, spending on average 10.5% of its household income.  When we start from there, normal goods would have an income elasticity from about zero, or negative, since, with a rise in income, they can be replaced by more luxury, more expensive, food items. Food items that show a rise in demand when income rise in that situation, will have a positive sign, and will be luxuries as compared to normal goods.

Should we start from a low income group, who cannot buy all food items that are considered normal, a rise in income would likely mean a rise in the demand of normal goods. Thus, normal goods have a positive sign when people in low income groups have a raise. The extra income could also be spend on luxury food items, therefore making it more difficult to distinguish between normal foods and luxury items for this income group.

How can you use this in your lesson?