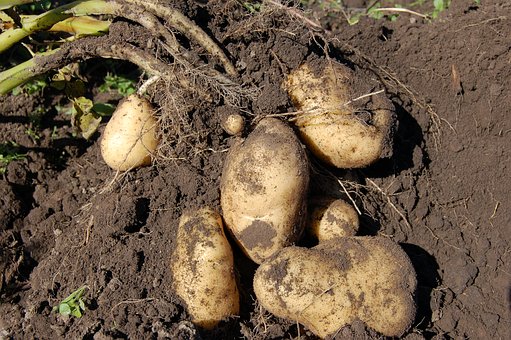 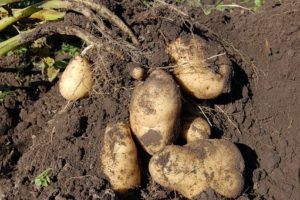 The Trader (Sovdagari) is a short documentary (23 minutes) about a trader travelling the Georgian countryside to sell his merchandise. People living in the Georgian countryside are poor, because they have limited access to economic trade. Therefore, the trader sells his merchandise in exchange for potatoes, a shawl costs 5 kilograms of potatoes, a pair of shoes or boots 25, and a notebook 2 kilograms. The clothes he sells are second hand.

When he has sold empty, he returns to Tbilisi to sell his potatoes. He uses the Georgian Lari he thus earns to provide in his own maintenance and to buy new merchandise. You can see the documentary on Netflix.

If you have the opportunity, you could watch the film with your students. You could pose questions like:

The villagers only have limited access to economic trade and as such to money.

The Trader shows how exchange is organised in the Georgian countryside at the time of the documentary.

1 Potatoes are being used both as medium of exchange and unit of account (or measure of value). Prices are expressed in kilograms of potatoes.

2 I think the trader makes an estimate of how much Lariat this time of the year he will earn with the potatoes he is going to get. The expected revenue is likely to be either implicitly or explicitly a base to convert the cost of his merchandise to a sales price in potatoes. In order to stay in business, he is likely to take his other costs into account too, like the cost of gas and the maintenance of his van. Next to that, he is likely to charge extra, in order to be able to afford his lifestyle.

3 I think the people can not sell their posatoes themselves, because they do not have the means to take the potatoes to the market in town. The vehicles I noticed in the documentary were rusting away.

4 I think the trader is not interested in buying and selling potatoes himself, since he does not have the expertise to assess the value of potatoes. It could also be that he simply does not give a thought, because he is satisfied with the way things are set up now, or this business is more lucrative than trading potatoes.

5 I would suggest the potato farmers could pay the trader for transporting their potatoes, and to make sure that the trader is paid his fair share, and to run some errands, one of the villagers could come with him?